The Club continued to expand in the 1980s, with Eric Absolom taking over as Commodore from Gerald Brook in 1979, followed by Douglas Farrand from 1982 to 1985. 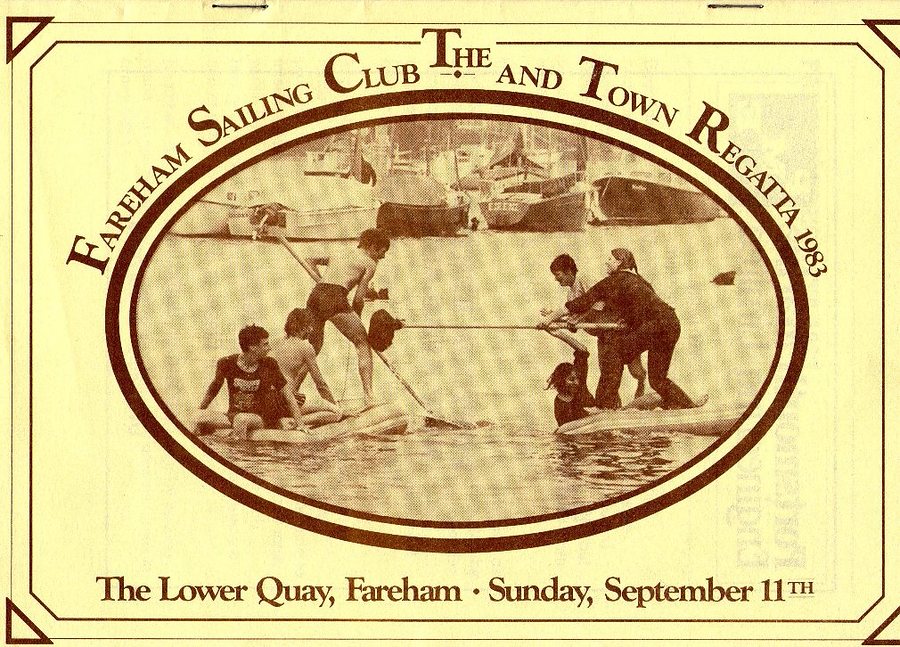 In 1982 club members once again revised the Fareham Regatta as their contribution to Maritime England. The event was supported by more than 800 people and encouraged the Club to repeat the Regatta in 1983 and 1984, but after that it lapsed again, due to the very hard work required to put the event on and the few numbers whose shoulders the work fell on. Events were diverse and varied, echoing programmes of much earlier Regattas in the the Creek. They included Dinghy Races, Water Jousting, Greasy Pole, Morris Dancing, Rowing and Canoeing Races. As Regattas have been so important a tradition in the Creek over the years, it was great that the Club revived it in the 80s. 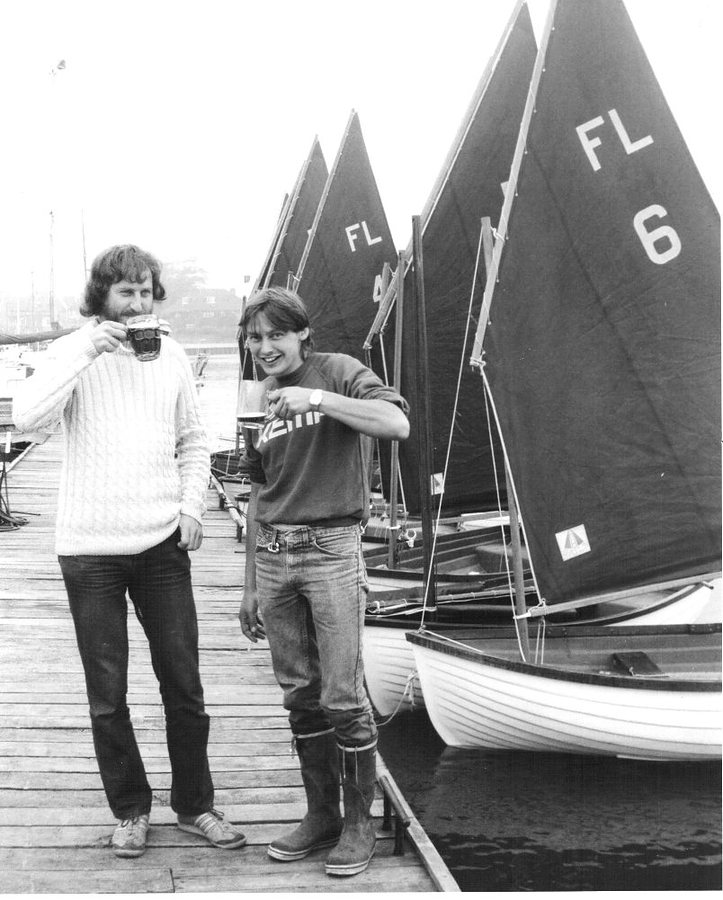 Paul Limburn and Adrian Bagshaw with the new invention!

Joan Walton took over as Commodore from 1985 to 1987, as was much loved by all and our first Lady Commodore. During her tenure, a now firmly established part of the Creek scene and particularly FSMBC life was born……The "Fareham Lugger". The Fareham Lugger was largely based on ideas by Paul Limburn and Adrian Bagshaw, who put their heads together and came up with a Cruiser Dinghy. It has been a hit ever since, delighting and frustrating Club members over the years in equal portions. The Lugger became the mainstay of our sailing calendar, the Roughay Bowl primarily became a Lugger Trophy with numerous other Lugger events have appearing over the years, some more and some less serious. 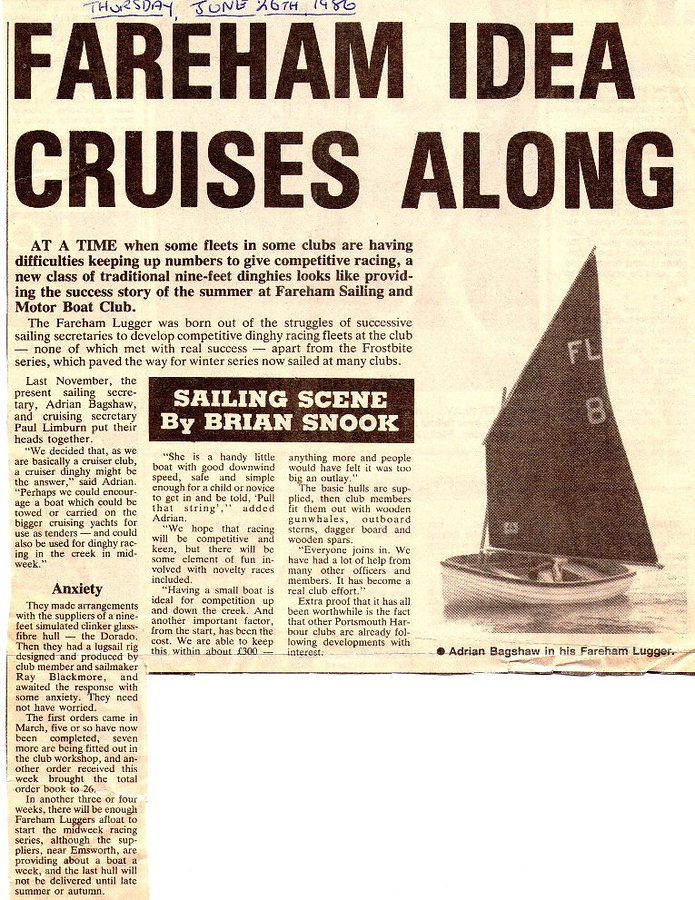 Barry Fordham took over from Joan Walton as Commodore from 1987 to 1991, and it was during this period that there were further significant developments for the Club, as the Salterns development was started with the purchase of the pier from the Southern Water Authority. This was the start of a major pontoon development for the Club and has subsequently been a great asset, as the Club has subsequently expanded the number of walkways, and berths to a great extent over the years. By 1989 all the new moorings had been taken up on the new pier pontoon.

Alan Ferris followed on from Barry as Commodore in 1991 until 1993 and then Tommy Symes took over from 1993 to 1996. Again great progress was made during this period with many improvements to the Club house, including a new Balcony, which has been a major boon to the whole ambience of the Club ever since. Chris Pain was the last Commodore before the Millennium. 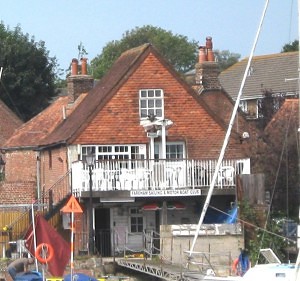 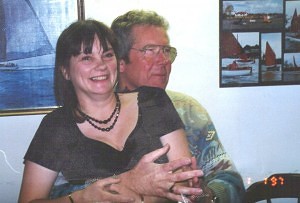 Bill Baird s the first new Commodore after the year 2000 and during his time the 150th anniversary of the Club was celebrated with a number of events, including a large outdoor Marquee Dinner in Locks Yard. This was a tremendous event and the club celebrated in being so old!! Bill Baird also introduced the much loved Pirate's Day, which has become a firm favourite in the calendar for many years now and is probably one of the best things the Club does each year in June.

Sandy and Bob Patterson in the Clubhouse 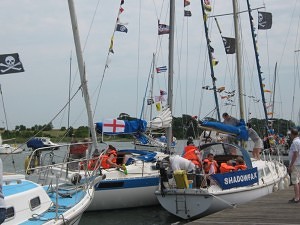 Pat Kinchin came after Bill Baird as Commodore from 2001 to 2004, with further changes to the Club occurring, including expansion of Salterns and further improvements to the Club facilities. After Pat came Sandy Patterson in 2004, who with Bob, were very firm fixtures down the Club and organised many events rolling out even more social and sailing events, which now form an essential part of the Club's program.

Lugger Racing went from strength to strength with new events, such as Pewit Island and Kipps Cup, both firm favourites in the Club's annual fixtures.

After Sandy came Dr Malcolm Newcomb as Commodore in 2007, and moves were being made to again try and buy the Club premises, which previous Committees had attempted over the years. Purchase of the Club finally occurred in 2011, when an arrangement was made with Fareham Borough Council to purchase the Club for a reasonable fee. A large party was organised to celebrate the event in February 2011. This was a major step forward in the Club's history. 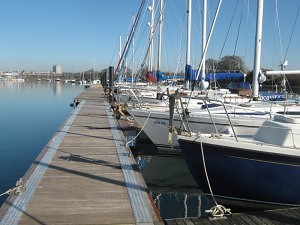 By this time Nick How had taken over as Commodore in November 2011. Further progress was made over the next few years to improve the Club's facilities, with a large extension of Salterns pontoon moorings, plus a new patio area and moving the Club signal mast. 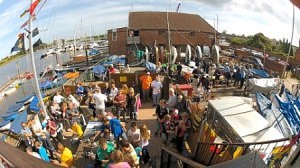 Another event occurring about this time was the revival of the idea of a Regatta, with the Fareham Creek Regatta being held for the first time in 2011. It proved a success, with the Club and the Scouts working together to put on a Rowing and Sailing event over two days in September. It was then moved to June in 2012.

This brings us up to date and hopefully this short history of our wonderful Club will give an insight into the changes over the years. Of course a Club is only a sum of it's Members and whether they have been Commodores, Flag Officers, Committee Members, other Key Members, Trustees, or all our active Members, it is the many hundreds of them over the years since 1850 that make the Club what it is today.